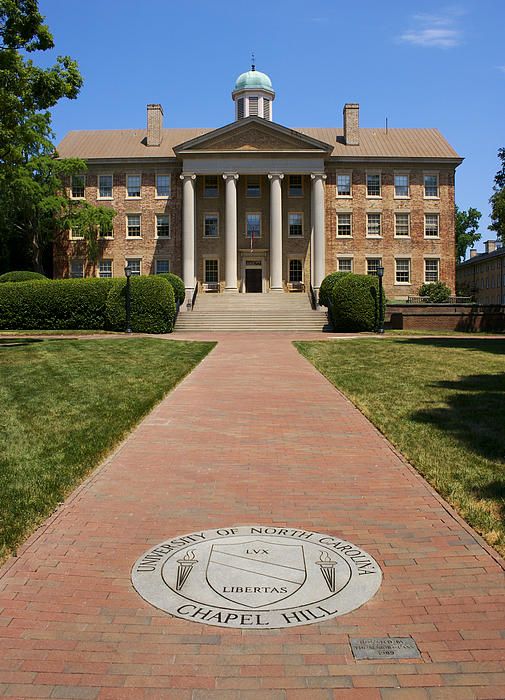 We’ve taken plenty of shots (mostly deserving, we think) at the national sports media over the years. But we finally must admit to some satisfaction at the reaction of the majority of those who cover the games in regard to the NCAA’s recent ruling (or non-ruling) regarding the academic fraud investigation at North Carolina, as outlined in depth in last month’s TGS Issue 3 (“Give It To ‘Em With the Bark On”).

Indeed, from this point forward, “Tar Heel-gate” should be viewed as the demarcation point for legitimacy in the sports media; the handful of those who, perhaps with a desire to maintain access and good relations with Roy Williams, or maybe in hopes of one day getting an audience with the most famous UNC alum of all, Michael Jordan, chose to defend and even proclaim vindication for the Tar Heels after the NCAA conclusion, should be forever dismissed as serious journalists, or labeled as useless sycophants. On the other hand, kudos for the vast majority of those who channeled their inner Howard Cosell and decided to “tell it like it is” and condemn UNC and the NCAA's recent ruling.

Before we go much further, a quick reminder should be in order for those who might have been paying more attention to the opening of the NHL season, or perhaps the English Premier League, the past couple of weeks. On October 13, the NCAA handed down its final decision on the North Carolina scandal and effectively decided it couldn’t mete punishment for the admitted academic fraud because Chapel Hill made sure to offer various “paper courses” in its School of Afro-American Studies to the student body at-large. The NCAA ruled that “while student athletes likely benefited from the courses, so did the general student body. Additionally, the record did not establish that the university created and offered the courses as part of a systemic effort to benefit only student athletes.”

Never mind that, per capita at least, the courses were overloaded with Tar Heel football and basketball players, and that, among other violations, many received no-show grades and credit for classwork never undertaken. Thus, despite overwhelming evidence of academic fraud, the NCAA’s hands were effectively tied because the courses couldn’t be solely tied to the athletic department. Which also effectively confirms the NCAA as powerless in response to those who know how to manipulate the system, as did Chapel Hill; the governing body cannot decide what and how subjects are taught. If a member school wants to offer a major in basket-weaving, it’s the school’s prerogative, not the NCAA’s. As long as the majors/courses were not offered solely for athletes, the NCAA, apparently, is outside of its jurisdiction and has to effectively dismiss itself from any review.

That sort of toothlessness was echoed by SEC Commissioner Greg Sankey, who led the NCAA’s investigative panel on the North Carolina case. “NCAA policy is clear,” said Sankey. “The NCAA defers to its member schools to determine whether academic fraud occurred and, ultimately, the panel is bound to making decisions within the rules set by the membership.”

Which, some suggested, must have caused Rick Pitino and his staffers, and those at Louisville who just lost their jobs in part related to a sex scandal, to wonder why they didn’t offer the hookers to the student body at-large, and not just Card hoopsters and potential recruits? After all, the NCAA’s logic, or illogic, in the Chapel Hill ruling could, in a roundabout way, potentially have spared the ‘Ville as well...only if the Card hoops staff had used the Chapel Hill approach and just made the transgressions available to everyone on campus. No? Why not? If only they knew at Louisville! 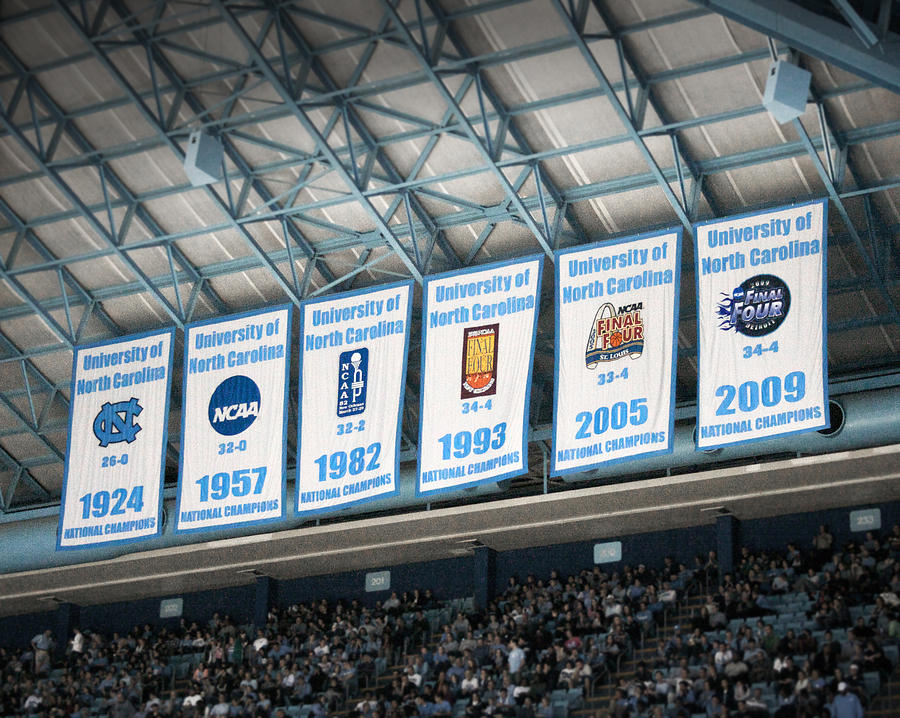 (We and others we have consulted, however, suspect there was also likely an element of practicality to the ruling by the NCAA, which knew that Chapel Hill was “lawyered up” to the hilt to fight and would have dragged the governing body through the federal courts in protest. Minus a limitless budget, the NCAA might have simply made a business decision that spared it millions in legal fees, as UNC was prepared to drive an armored tank through the loophole if necessary to spare its 2005 & 2009 basketball championship banners and prevent it from further punishment.)

Meanwhile, by us, at least, the only worthwhile development to come from the ruling was how much of the sports media and academia has responded, almost en masse, to the NCAA’s effective get-out-of-jail-free card to the Tar Heels. A similar incredulous response echoed across the landscape in the wake of the NCAA’s Carolina ruling.

With the conclusion of the investigation that covered nearly two decades of the “paper classes,” the NCAA “exhausted the last available measure of accountability for what was arguably the most pervasive academic fraud at a major research university in at least a generation,” wrote Jack Stripling, of The Chronicle of Higher Education. The academic and athletic leaders of the university “were largely unscathed by a scandal that mostly implicated lower-level employees.”

Others, like James Warren of the Poynter Institute, pointed out the obvious inferences that can be drawn from UNC’s scandal and the NCAA’s ruling. “The university’s defense was to both concede the specifics and maintain these weren’t fraudulent classes. They were part of the regular curriculum, it claimed, meaning the NCAA didn’t really have jurisdiction,” said Poynter. “Thus, quite apart from having any cleansing effect, according to Dan Kane (investigative reporter for the Raleigh News & Observer who did much of the original “dig” of the story), this could be blueprint for future cheating, especially when one takes into account the university history of stonewalling as facts dribbled out (Kane says it’s now even installing software so it will know, for example, if any suspicious professor wants to check the transcript of a “student-athlete”). Just say dubious, non-convening classes for jocks are part of the curriculum.”

“If ever there was a case of academic fraud, North Carolina would have to be the poster child—the longevity and the outrageous behavior to keep athletes eligible through systematic fraud,” said Gerald Gurney, a professor at the University of Oklahoma and past president of the Drake Group, which seeks to reform college athletics. “And it leads one to the absolute conclusion that this finding sanctions academic fraud among our institutions for the purpose of keeping athletes eligible.”

Include Pat Forde of Yahoo Sports as another who wondered what was going on at the NCAA. “If you can’t hit a school for the infraction that strikes most deeply at the mission of higher education, what good are you?,” said Forde.

Wetzel was just getting started. “The Tar Heels went full (Jerry) Tarkanian and constructed an argument that wasn’t technically against NCAA rules because no one imagined any school would ever dare employ it,” said Wetzel. “In perhaps the most outlandish defense in NCAA infractions history, the school acknowledged that the classes that were taken were essentially bankrupt of any kind of teaching, learning or supervision...but that was perfectly OK with them. To defend the basketball team, the university had to claim it wasn’t really a university.

“Welcome to the Age of Tarkanianism, a complete rejection of the NCAA to the point where Carolina not only isn’t ashamed of academic fraud, it’s practically celebrating it,” Wetzel continued. “By doing so, and since regular students also took the class, they didn’t violate NCAA rules. Sure, they (those at UNC) took a shotgun to their academic credibility, but, hey, those championship banners get to stay. The truth is, alums probably care more about hoops anyway. 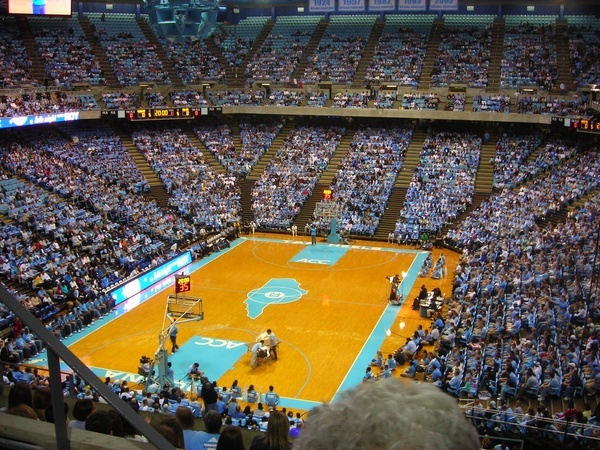 “UNC was playing chess against the NCAA’s checkers. That was damn impressive, true Tark-level trolling. Carolina even changed its argument for the NCAA. When the school was in front of the Southern Association of Colleges and Schools, which accredits it as an actual university, it declared that no-show, no-professor, no-work classes were wrong. Now, though, the classes weren’t fraud. They were fine.

“Bless UNC for it,” concluded Wetzel. “Bless it for being unapologetically shameless. Bless it for not just pulling back the curtain on college athletics, but dousing it with gasoline and lighting it aflame. What Jerry Tarkanian, a legend ahead of his time, was saying and doing all those years ago has truly hit the mainstream, reaching levels of lunacy even he couldn’t have envisioned. Those championship banners sure look pretty, though.”

SB Nation’s Jason Kirk echoed Wetzel and others, adding a troubling scenario which had to have crossed many inquiring minds. “What’s stopping a school from setting up a similar “paper course” and making sure it’s open to all students," said Kirk, "then sending athletes through it?”

David Teel from the Daily Press in Newport News, Va., agrees. “More than a decade of academic fraud cost UNC athletics little more than legal fees and public respect,” Teel wrote. “If (a university) is willing to risk backlash from accreditation agencies, alumni, donors, fans and legislators, then create all the basket-weaving classes you’d like for the student body.”

NEXT WEEK--PART II, AND WHEN COLLEGE SPORTS MISSED ITS CHANCE TO EFFECTIVELY POLICE ITSELF