It’s hoops time! A bit earlier than usual, as the NBA has moved up the start date of its season to October 17, which means TGS Basketball begins its online publishing next week! For subscription information, check out our website at www.goldsheet.com or give us a call at 1-800-798-GOLD (4653) to take advantage of special preseason pricing offers. As always, we begin our hoops coverage with our featured season “over/under” win recommendations; 2017-18 win totals are listed next to each team. An expanded version of this story will appear next week in our first two issues of TGS Hoops.
EASTERN CONFERENCE 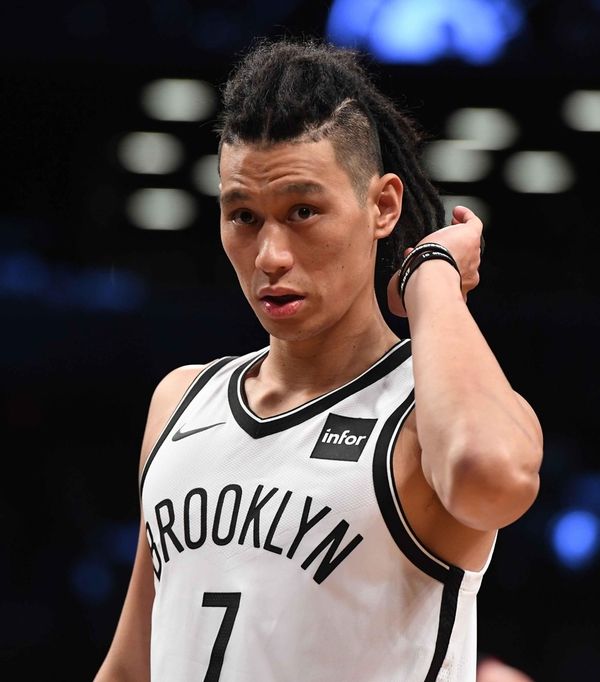 ATLANTIC DIVISION...The Brooklyn Nets (27) have been spinning their wheels for a while now, and no quick recovery seems in order. Not that GM Sean Marks didn’t try in the offseason; the roster underwent a much-needed overhaul after the Nets bottomed out at 20-62. The credentials of some of those newcomers, however, are a bit dubious; D’Angelo Russell and Timofey Mozgov, after all, were two of the key cogs on a Lakers team that limped in with only 26 wins. The once-touted Russell, in particular, should trigger some red flags after his development stalled a year ago when many were expecting much more after he had been freed from the Kobe Bryant Farewell Tour.   Meanwhile top draft pick C Jarrett Allen from Texas is a developmental project until further notice. We suspect that most of the buzz in Brooklyn will again be caused by Jeremy Lin, whether he’s dealing with more injuries or sporting a new hairdo (his new-look dreadlocks are already causing a stir). Slight improvement for the Nets, but not 7 wins worth; it’s an “under” for us at Barclays Center... Since the depth in the East is negligible, the top-tier teams will likely meet less resistance as they move past 50 wins. Count the Boston Celtics (55½) in that crowd.   GM Danny Ainge looks as if he has assembled the most serious threat to LeBron James’ streak of seven straight East titles in Miami and Cleveland. The abundance of pieces for the Celtics now includes new additions Gordon Hayward and Kyrie Irving, plus Marcus Morris and Duke rookie Jayson Tatum, all of which should more than make up for the departure of Isaiah Thomas and some other contributors, whose absences are not insignificant and could negatively impact what was already one of the most-spotty defensive rebounding teams in the league. But there is more than enough firepower in the mix to compensate, so now it’s up to HC Brad Stevens to worry about proper fits and continuity and those things that top-flight coaches (of which Stevens is one) usually figure out sooner rather than later. “Over” at TD Garden.

CENTRAL DIVISION: There is plenty going on with the Cleveland Cavaliers (53½), with another “decision” to likely come from LeBron after the season (most expect King James to opt out and move to one of the L.A. teams for the final chapter of his playing career...stay tuned for further developments). But with several key cogs (Brook Lopez, Paul Millsap, Carmelo Anthony, Paul George, etc.) having moved to the Western Conference, there figures to be fewer obstacles in the East to the top teams piling up wins.   And the real possibility exists that there was more than a bit of friction between LeBron and the departed Kyrie Irving; we’ll see how newly-added Isaiah Thomas (once past his hip problems) meshes in Cleveland, but if familiarity is a virtue, then Dwyane Wade’s reunion with LeBron for one more run at the ring has to be considered a positive (as long as D-Wade can stay healthy for enough of the season, that is). The useful Jae Crowder, also over from Boston in the Kyrie-Thomas deal, can fill a variety of roles. We’ll see about Kevin Love’s move to the “5" and how that fits into the Cleveland equation, but this still looks like the team to beat in the East, even with Ty Lue pretending that he (and not LeBron) runs the show. “Over” at The Q...Flying way under the radar are the Indiana Pacers (31½), now considered an afterthought since FA-to-be Paul George’s trade to Oklahoma City. Perhaps GM Kevin Pritchard could have netted more for his perennial All-Star; he probably can’t fill George’s shoes, but Victor Oladipo looked to be a star on the rise until he ended up with the Thunder while Russell Westbrook took all the shots and got all of the headlines last season. Now, back to near where he first came to prominence as an Indiana Hoosier, Oladipo might pick up where he left off two years ago in Orlando when scoring nearly 18 ppg. Meanwhile, vet PG Darren Collison returns to Indy after a five-year absence and can provide direction and stability from the top, while 6-11 Myles Turner is on the verge of becoming a dominant force.   Asking a bit much of HC Nate McMillan to push George-less Indy into the playoffs, but reaching the mid 30s in wins seems do-able. “Over” at Bankers Life Fieldhouse.

SOUTHEAST DIVISION: A year ago, the Orlando Magic (33½) well undershot what seemed a reachable 36-win total. The expectations have been reduced slightly this season, but it would still take a 5-win upgrade for the Magic to get over the hump, and not sure from where the improvement comes. The hope is that the promise showed by young Elfrid Payton running a more-uptempo offense in the final two months of last season for Frank Vogel will carry over into the new term. And Orlando has an athleticism quotient that can match many of the best teams, furthered by adding Florida State’s 6-10 Jonathan Isaac (another “Greek Freak” clone in the making?) in the draft to join Aaron Gordon and various other runners and jumpers. But it would sure help if a few Orlando players could hit a pull-up jump shot; only the Suns shot worse in the catch-and-shoot jumper category last season. “Under” at Amway Center.
WESTERN CONFERENCE

SOUTHWEST DIVISION: It all sounds so good for the Houston Rockets (56) to add Chris Paul from the Clippers.   However, if the surly Paul couldn’t always mesh with Blake Griffin and others surrounding him in LA, how is he going to play off of the high-volume James Harden, who relished as the first, and sometimes second and third scoring options simultaneously, for the Rockets last season? Moreover, keep in mind that Paul hasn’t been able to stay healthy for a full season in a good while, and his chronic knee problems are not likely to abate anytime soon. GM Daryl Morey did well with post-trade moves to get defense and versatility off the bench, signing P.J. Tucker with the mid-level exception and Luc Mbah a Moute at the minimum.   But count us among those wondering how Paul and Harden will effectively co-exist; we’re glad that’s Mike D’Antoni’s problem, not ours. “Under” at Toyota Center...Well, whaddya know, Mark Cuban is talking about a run for the White House in 2020, which along with his Shark Tank TV show will probably generate more headlines than his Dallas Mavericks (33), who have slipped into irrelevance the past few years as Dirk Nowitzki has entered the twilight of his career while others, such as Harrison Barnes, have yet to effectively take the baton.   Still, credit HC Rick Carlisle for keeping the team moderately competitive last season with an injury-riddled roster that often resembled a bus depot, with 24 different Mavs on the floor at one time or another. Considering that, it was surprising that Cuban low-keyed it in the offseason, with few upgrades of note outside of first-round draft pick Dennis Smith from NC State, who couldn’t shoot the Wolfpack into the Big Dance and helped get his coach fired to boot.   Though some suspect Cuban is biding his time to make a run at any number of big-name FAs who hit the market in 2018. If he’s not too worried about politics, that is. “Under” at AA Center.

NORTHWEST DIVISION: Tom Thibodeau still has to fill in a few more roster pieces with the Minnesota Timberwolves (48). But at this moment we suspect that “Tibs” will be the architect of a T-wolves return to the playoffs that will end the second-longest postseason drought (going on 14 years!) in NBA history. To help with maturity and leadership for a youthful, talent-leaden core of the roster (Andrew Wiggins, Karl-Anthony Towns), Thibodeau added some familiar faces,   Jimmy Butler and Taj Gibson, from their days with the Bulls. Butler and Gibson now become the elder statesmen, and will be expected to serve as effective intermediaries between the often-bellowing Tibs and the holdover young stars. In addition, Thibodeau added two more vets, former All-Star PG Jeff Teague and sharpshooter Jamal Crawford. It’s a fascinating combination of personnel, and unless injuries KO Towns and/or Wiggins (and the T-wolves know about bad luck), the playoff drought should end. “Over” at Target Center. PACIFIC DIVISION: At $399 a pop, we wonder how sales are going for the “Big Baller” shoe brand. (Give it to LaVar Ball, he’s found a way to make some legit money from his kids!).   But it is asking an awful lot of UCLA rookie Lonzo Ball to almost single-handedly revive the LA Lakers (34), who have seen their local media so over-hype Lonzo that the oddsmakers are fooled into believing the team is ready for an 8-win upgrade. Which would be a neat trick after three of the top four scorers from last season left town. And while Ball is good, we’re not sure he’s a transcendent player; after all, he only helped pushed UCLA to last year’s Sweet 16 and a loss to Kentucky, when Ball wasn’t the best player on the floor (that would have rather clearly been now-Sacto rookie De’Aaron Fox). Ex-Nets C Brook Lopez might be a more important piece in a move close to 34 wins, but Lopez has a history of injury problems, and the Lake Show was still one of the worst defensive teams in the league in Luke Walton’s HC debut; Ball is not going to help in that regard, either.   Jack Nicholson might cancel his TGS subscription, but we’re looking “under” with the Lake Show...At the other end of the Staples Center, most foresee a big dropoff for the LA Clippers (44) after Chris Paul’s move to Houston. Paul, however, was hurt regularly over the past few seasons, and no one seemed to much enjoy playing with him, so not sure his departure is a death-knell for HC Doc Rivers. Especially since the return on the Paul trade from Houston fortified Doc’s bench (Patrick Beverley, Lou Williams, Sam Dekker, and Montrezl Harrell all likely to have nice roles), while trade addition Danilo Gallinari (if healthy) can remove some of the scoring burden from Blake Griffin. We’re also watching Euro import PG Milos Teodosic, who is wowing ‘em in preseason, and even if his defense is suspect, Rivers could mitigate that somewhat by pairing Teodosic on the perimeter with the terrier-like Beverley, one of the NBA peskiest stoppers.   After the team proved a big tease the past few years, Doc Rivers might instead be stewarding one of the league’s pleasant surprises this season. “Over” at the Clip Joint.

Remember, check first two issues of TGS Hoops the week of October 16 for our expanded and comprehensive NBA season-wins preview!