7557...
TGS SPECIAL REPORT...GIVE IT TO 'EM WITH THE BARK ON!
by Bruce Marshall, Goldsheet.com Editor
In his recent best-selling book, Nixon’s White House Wars, Patrick J. Buchanan was recalling a situation early in the first term of President Nixon, for whom Buchanan served as an advisor. During his inaugural address, Nixon had offered a conciliatory gesture to then-Soviet premier Leonid Brezhnev, a “peaceful competition—not in conquesting territory or extending dominion but in enriching the life of man.” It was an early attempt at what would eventually be referred to as detente. The Soviets, however, were not immediately reciprocating, dumping vilification of the US at every opportunity as anti-American propaganda was soon running out of Moscow at full-blast.
Discouraged by the lack of a White House response, Buchanan urged his boss to use the corresponding American propaganda organs to “turn the heat on them (the Soviets),” before summing up his recommendation bluntly. “Give it to ‘em with the bark on!,” exhorted Buchanan. 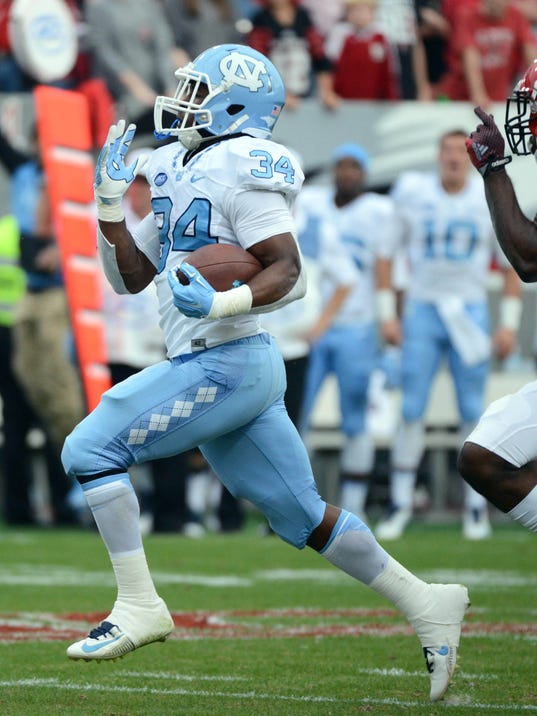 Much of the time, we have the same feelings about the American sports media. Though we often keep quiet, sometimes the media masses need to hear it “with the bark on.” So it goes with the sporting media’s only passing interest in what we at TGS and others regard as one of the most blatant, and brazen, rules infractions in college sports annals. But because most of the national sports media follows a curious narrative, the recent academic scandal at North Carolina and, to a bit lesser extent, Louisville’s current mess with the NCAA, continue to receive much less attention than the various misdeeds of either should warrant.
Waiting for the proper signal to “turn the dogs loose” has been standard operating procedure for the national sports media for a long while. The Ray Rice fiasco of three years ago was a prime recent example. From the outset, enough details were known of the Rice debacle to turn it into a major storyline, and while the sports media didn’t completely ignore the incident, it was a secondary headline at best. The sports media was curiously reluctant to commence an all-out assault against Rice. That is, until the infamous “second video” was released.   With new visual evidence of Rice’s behavior, the national news media and various activists would jump into the fray and begin to crucify not only Rice, but the NFL. Only when given this sort of protective cover would the sports media follow suit and, with pitchforks in hand, go after the hallowed league. Though the new narrative was that commissioner Roger Goodell, as much or more than Rice, should be the target of ridicule. Thus, taking its cue, the sports media was only too glad in assisting the resultant “dog pile” on Goodell.
Some of the same dynamics, we suspect, have been at work in coverage of the North Carolina academic scandal. Which, we should point out, has not been completely ignored. A handful of national writers (including John Feinstein, who is usually not given commendations on these pages) have expressed their collective indignation at the shenanigans in Chapel Hill and, to a lesser extent, at Louisville.   Given the potential magnitude, and ramifications, of these storylines, however, the sports media response has been shallow at best.
For the moment, we focus upon the specifics of the North Carolina scandal, which are enough, we would think, to tantalize any inquiring media member, sports or otherwise, even those who don’t aspire to become the next Bob Woodward or Carl Bernstein.
The UNC scandal has been bubbling since 2011, with the NCAA finally opening a formal investigation in 2014. The academic violations in question occurred over almost a 20-year (!) period—from 1993 thru 2011—as it was revealed that more than 3,000 students, almost half of whom were athletes, got bogus grades for classes, many of which didn’t exist, from the school’s African and Afro-American Studies (AFAM) program. Some of those grades allowed athletes to stay eligible. Some helped them graduate.
This was all largely the work of two former employees, but it was hardly a covert operation. Academic advisers steered athletes to the fraudulent classes, and “this steering was most prevalent among the counselors for the revenue sports of football and men’s basketball.” That quote is from none other than Kenneth Wainstein, the former U.S. assistant attorney general asked by North Carolina to investigate the matter.

We don’t have the time and space to cover all of the other specifics that run the gamut of academic fraud, from no-show classes, to bogus grades, to student aides doing the course work for the athletes. Which collectively is not all that newsworthy in the world of college sports malfeasance, where such chicanery has been commonplace for decades. Indeed, North Carolina is hardly the only place where such rule-bending has taken place. But the scale and orchestration of the operation at Chapel Hill was mind-blowing. All of this at one of the region’s most-renowned institutions, and one that has justifiably received a stinging rebuke from its accrediting agency, the Southern Association of Colleges and Schools. That body found that the suspect classes violated several of its principles...especially including ones related to academic support and control over intercollegiate athletics.
Interestingly, while UNC has not disavowed the misdeeds, it has chosen a curious response through the length of the investigation...that these were academic matters away from the purview of the athletic department. Moreover, that the NCAA veered off course in its investigation and, like Johnnie Cochran and F. Lee Bailey had once argued on behalf of O.J. Simpson, that much of that evidence should be inadmissable.   The NCAA made a first ruling on the matter last year when minor penalties against some of the lower-profile sports programs at the school were levied...leaving football and, importantly, men’s basketball out of the punishment. Inquiring minds, however, knew better. Once again, it seemed as if the tail was wagging the dog at the NCAA.
But what makes the Tar Heel scandal so egregious, so infuriating, is the lengths to which the school has gone to excuse it and avoid responsibility for it. It wasn’t enough for North Carolina to accept the NCAA’s second Notice of Allegations, a watered-down version that didn’t mention football or men’s basketball. No matter, the Tar Heel administration had to fight it, claiming that the NCAA had already adjudicated the violations and, besides, it wasn’t its business, anyway.
To its credit, the NCAA didn’t take kindly to that and responded by slapping North Carolina with a third NOA (Notice of Allegations) last December. This one restored the references to football and men’s basketball, and still includes the dreaded “lack of institutional control.”   Because it was a new notice, however, it reset the clock, and guaranteed that the Tar Heels would be able to again play in (and eventually win) the NCAA hoops tournament earlier this year.   Chapel Hill got its latest hearing date in mid-August with the NCAA; the penalty phase of the most-recent chapter of investigation is still upcoming. 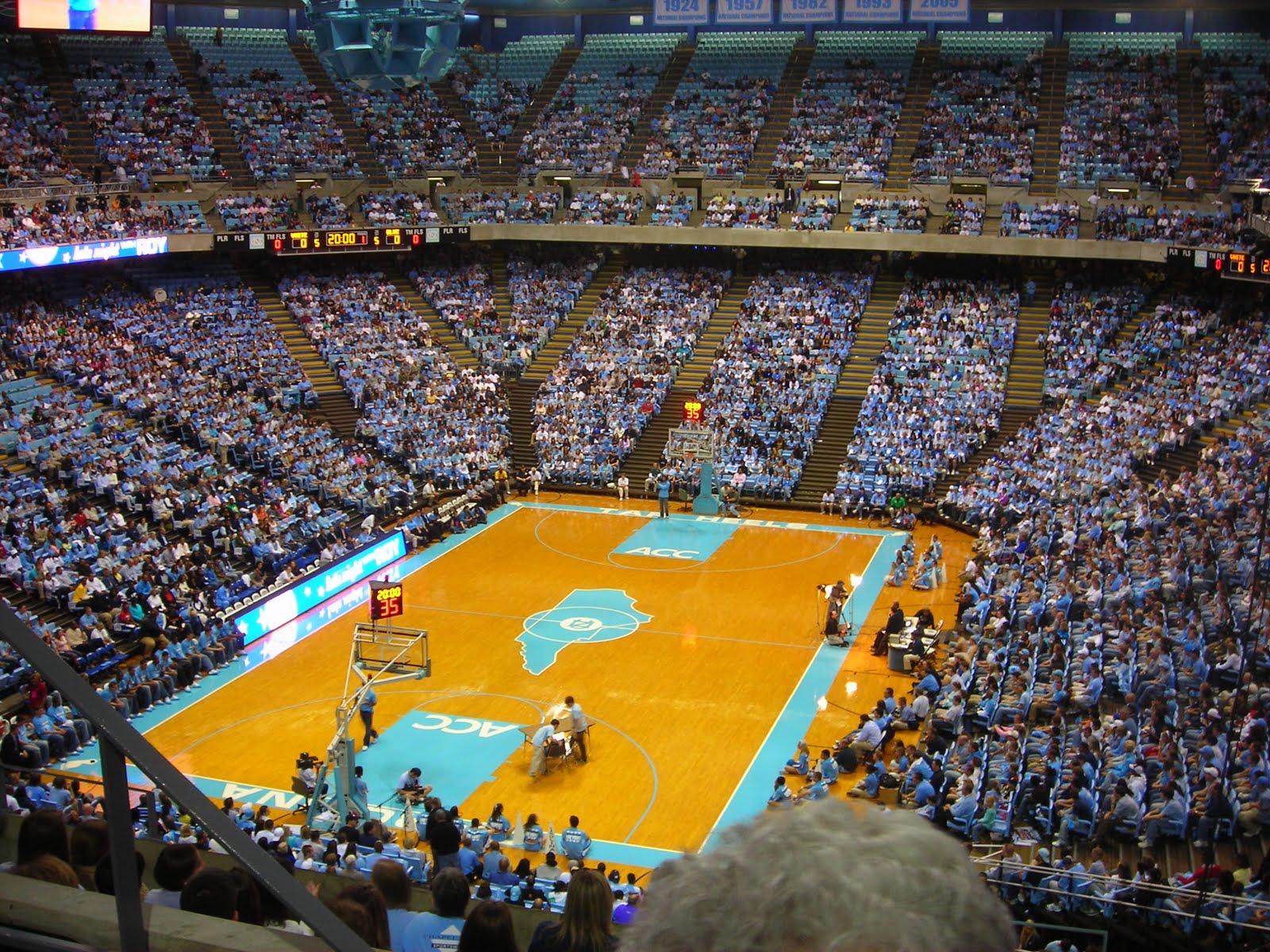 This latest notice contains the tough language that many of us hoped to see from the outset. The COI (Committee on Infractions) took control and directed the NCAA enforcement staff to write the allegations as most have known them for a while and made them more in line with the first notice from a few years ago.   Football and men’s basketball were squarely back in the picture for penalties. The Tar Heels’ 2005 NCAA hoops championship, which involved players who took many of the bogus classes, is again in play to be vacated. The latest notice expanded the time frame for the violations and now looks at fall 2002 until summer 2011; the previous second notice alleged the violations ran from fall 2005 to summer 2011, neatly preserving UNC’s national title in spring 2005.
Why, however, didn’t UNC just let bygones be bygones and not bother to challenge the NCAA’s jurisdiction in the second notice? “We felt compelled to put the jurisdictional issues in there should the final outcome not be consistent with case precedent or any of the other bylaws that we feel are appropriate,” said Tar Heel AD Bubba Cunningham.   Cunningham, it should be noted, didn’t arrive at Chapel Hill until 2011, after the allegations were made and academic fraud committed. “I don’t know what the remedies would be if you’re punished beyond the existing bylaws. We put that in there to maintain all of our opportunities following the conclusion of the NCAA case.”
The NCAA might have indeed made hash of the earlier portion of investigation. But reporting by Dan Kane of the Raleigh News & Observer also showed it’s clear that, for a long time, the powers that be at Chapel Hill didn’t want to know how deep this scandal went at the school before finally commissioning the report by the aforementioned Wainstein in 2014.
All the while, those at UNC and many of their sycophants in the national media continued to try and pass the violations off as much ado about nothing. The tenure of hoops HC Roy Williams effectively covers the last half of the investigative period thru 2011. Williams has claimed not to be privy to any of the shenanigans, and, while perhaps Roy is due the benefit of the doubt, it is no reason for the majority of the national sports media to run and hide from the story. As far as we are concerned, we can hardly recall a college storyline so fertile, and one that offers a vast landscape for the sports media to cultivate. Rest assured that serious sports journalists of the past like Red Smith, Dave Anderson, and Leonard Koppett would not have shied away.
We suspect, however, that the context could soon change on this matter for the sports media if the mainstream media gets a hold of the story and sinks its teeth into the specifics. When it will likely be noted, and perhaps expanded upon, that those who have been disproportionately harmed and impacted by UNC's actions are minority athletes. Only then can we expect the sports media to jump into the fray and begin full-on castigation of UNC. All when the same evidence has been in the open for all to see during the past several years.
What does it all mean when in regard to helping us better do our jobs at TGS?   We’re not sure. But, as we’ve stated before, we think it’s important that YOU know that WE know what we’re dealing with in the world of big-time college sports. Even if the national sports media often doesn’t tell you as much.